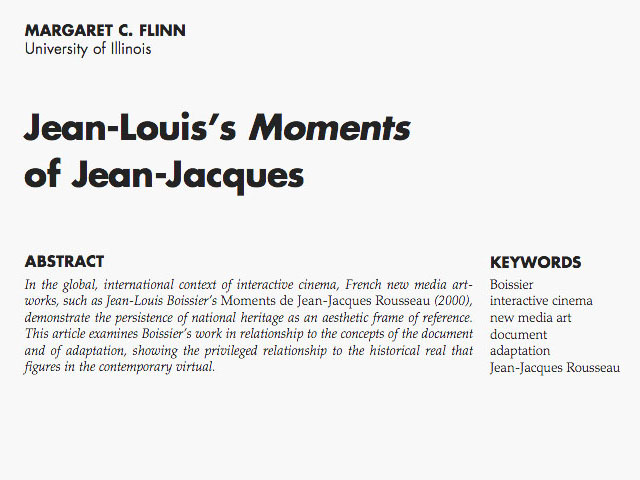 Margaret C. Flinn is Assistant Professor in the Departments of French and of Media and Cinema Studies at the University of Illinois at Urbana-Champaign. She has authored articles on Chris Marker, Nicolas Philibert, the film theory of Elie Faure, women in North African cinema and the documentaire romancé for journals such as SubStance and Yale French Studies. She is currently completing a book entitled Bodies in Space: The Social Architecture of French Cinema, 1929–1939. The above article comes from a book project tentatively titled New Limits of the Real: Arts of the Moving Image and the Politics of the Contemporary Everyday.